With all the deliberating over who to get, who not to get, the current points total seems harder to obtain than if I had just done nothing and left it.  I beat my GW1 score by 2pts to amass a whopping 36pts.  My total points now at 183 (3.7M).

Captains.  2 for 4.  14, 6, 10, 4.  This is a problem. I’ve capped my highest scoring asset, once!  I’ve missed hauls from my 2 premium MFs by having the armband on the wrong one in consecutive GWs.  I have put a lot of thought into my captain choices. If it’s luck that I need, then there’s been a complete void in my general direction of late and I’m obviously not making the moves which create my own luck either!

That memo about not trusting the injury status on the website?!?  Yeah, I missed it too!  WTF was all that Son business about?  Can we trust Jose anymore?!  I don’t need another brain thread to contemplate on a weekly basis!!  So, never believe Son injuries unless he’s stretchered off by the medics and even then, remain skeptical!

Don’t care if selling him was the plan! 😁

Tried not taking hits.  Well, only one of the 2 was totally unnecessary, so my poor returns are not all because of hits.  My WC? In hindsight I would still play it.  My team value has certainly benefited from it.  That said, a hit every other GW, is probably not the best average.

Not rocket-science on the team value front.  Team value or the propensity of value increase, wasn’t my primary concern.  I mainly picked the assets which made me happy from the go to teams (you know, Shiny Things), where luckily at the time, 11 of the 15 were on the up to rise.  Son was the only targeted hit, made to specifically catch a rise and make a profit. I’ve repeated this again just one GW later (admittedly more rage than logic) with the same asset (for Mahrez).  Son will rise tonight.  Buh-bye Mahrez 👋. I had Mahrez for 3 GWs.  0pts, 12pts, 2pts.  Was I too hasty in dropping him?   It’s gonna be a long 2wks before GW5 kicks off.  It’s silly really, as I really rate Mahrez, I want him back! I’m going to be going Mahrez over Sterling all season as my 2nd City mid. KDB is a constant.

**OK, so, I did 2 additional TFs, for hits 💉💉, on Sunday, as both were set to rise, and I play the team value game.  Plus, I’m obsessive when I really want an asset. I just do it.  It’s a sabotaging tendency that probably needs to be leashed. Shiny Things Syndrome. 4 days later, darkness. Still waiting for Son to rise! Like whatdafuq black magic is happening here anyway!?!** 🤔 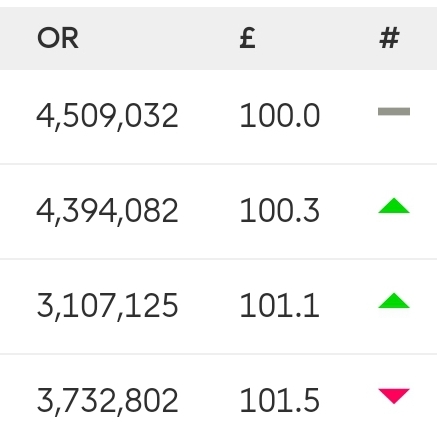 I need  sword picks for this next segment of the season.  This is what playing catch-up does to my approach.  I need to chill.  What’s annoying though, is when I see teams – which I assume had very little thought put into them – absolutely flying!  Really though, are these managers jammy, or are they onto something?!  I find the “luck” explanation, a hard one to swallow, but, what else can I cling to to pacify my confirmation bias? 😁

Having just brought DCL in and with Allison being out it would pain me as a Red to cap him against us, but form & fixture right?

Brewster is bound to score on his debut and would be a fun pick!  My team should score decent pts, but I’m braced for my poor form to continue.  Rodriguez, Grealish and Pulisic were all on the watchlist, until that 2nd hit 💉 for Grealish 🤗 (laterz Klich 👋🏿).

I need to break the psychological connection between green fixtures on the planner, the points I assume a player can achieve and my plans to bring such players in!  Even more so than ever, it really is Form over Fixtures!  At least I now have 4wks of data to help me steady the ship. 😅  I also  need to watch more games.  I’ve mostly based decisions on preconceived assumptions. As a result, especially in GW4, the non-returns just keep slapping me around the face.

The tickers are lying to us all!

Games where the winner is clear, turn out to be the complete opposite at the final whistle  The shiny things change from week to week, a constant state of “…grass is greener…” and I’m wary of slowly being dragged into point chasing.  I need to chill.  I need to appreciate just how unique this season is and will be.  All the known norms are completely out the window.  The global situation has well and truly bled into football and it’s not just the absence of fans in the terraces.  The ticker  baseline can hardly be believed, green fixtures are not so green, red, not so red, blue, not so blue.

Planning transfers according to “easy” fixtures, is a trap!

What I need to learn in this next segment is the difference in points total if I’m really patient and take no hits.  So, GWs 6 – 10 will be hit less, having taken a total -12 in the first 5GWs,  including playing my WC.  Gameweek 10 will be the gauge of where I am in the pack (or not as the case may be).  I’d like to be within the top 1.5M by then.   At present, my average is 45.75pts per GW.  What’s really annoying is, on average, there are way more goals this season than in living memory and I’m still not getting points!  I need to also think about how I’ll jump onto a premium striker.  Kane may well be back as a consistent scoring FW, and Kun is apparently back in training.  I’ve already marked Digne as the cash cow.

(@FPLSpectrum, check him out, I love this datasheet 🥰) 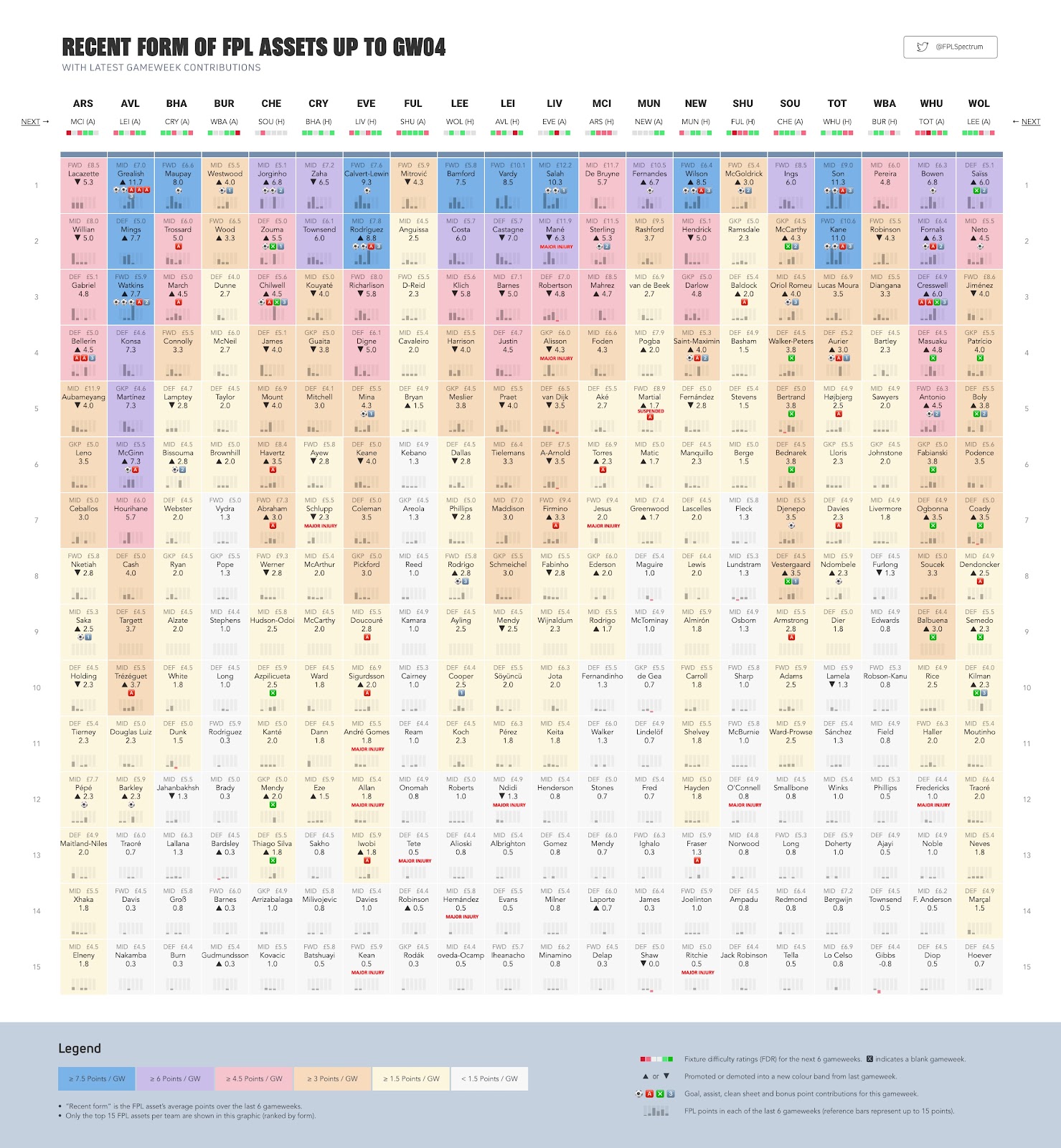